The first Uphill Rush game became a hit within few weeks. Soon after, the second Uphill Rush game was released. Many people were waiting for it, and now – you can play it for free on our website ! The goal of the game is still the same – control the motor bike or vehicle and try to finish the level as the winner. It may sound easy – but believe me, along the way you will come across some obstacles that will really freak you out.

Some of the levels (especially the few last ones) are super hard, but don’t lose hope – after some tries you will be able to complete them.

Try to preform as many cool tricks as possible to earn more coins. But be careful – some of them are very dangerous, and you can lose the game if you don’t preform them right. It is also important to make sure you have enough space and time to do them so you won’t crash. 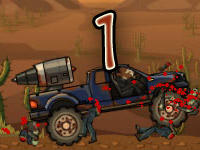